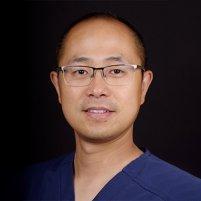 All toothaches are not caused by dental disease, and all facial pains are not caused by temporomandibular disorders. As a dentist specialized in oral medicine, Dr. Chizobam Idahosa is trained to recognize the red flags of trigeminal neuropathic pain and provide her patients with the education and treatment they need.  She collaborates with other healthcare providers as needed to ensure that her patients receive comprehensive management of their painful conditions.

What is Trigeminal Neuralgia?

What are the Symptoms of Trigeminal Neuralgia?

Patients typically describe their pain as a severe, sharp-shooting, electric-like-shock pain that lasts a few seconds to 2 minutes and occurs multiple times during the day. The pain is triggered by stimuli that would not normally cause pain such as brushing teeth, washing face, applying make-up or touching a tooth.

50% of patients have a trigger spot that once they touch triggers their pain. Some patients may experience remission periods: days to years during which little or no pain occurs.

In addition to the severe attacks of pain, some patients may experience a continuous pain between attacks, which may be aching, throbbing or burning in character.

Classical trigeminal neuralgia is caused by compression of the trigeminal nerve by an overlying blood vessel. This leads to deformation of the nerve which alters the conduction of nerve impulses.

Secondary trigeminal neuralgia results when the painful symptoms are caused by other conditions that affect the trigeminal nerve such as multiple sclerosis or invasive brain tumors that trap the nerve against adjacent structures.

In idiopathic trigeminal neuralgia, no identifiable cause for the symptoms is detected.

How is Trigeminal Neuralgia Diagnosed?

The diagnosis is based on a detailed clinical history and examination. The clinical history will include multiple questions about the location, quality, duration, frequency of the pain. Aggravating and alleviating factors that influence the pain will also be noted.

An MRI of the brain is typically recommended to verify if there is impingement of the trigeminal nerve by an artery and to rule out other disorders that can present with features similar to trigeminal neuralgia such as brain tumor and multiple sclerosis.

How is Trigeminal Neuralgia Treated?

Treatment is initiated with anticonvulsant medications that are used for neuropathic pain conditions. Other treatment modalities for patients who fail medication therapy include surgery and gamma knife radiosurgery.

Neuropathic pain arises from injury, disease, or dysfunction of the peripheral or central nervous system.

This refers to trigeminal neuropathic pain that occurs in the absence of any trauma or other identifiable etiology such as dental disease. Clinical and radiographic evaluation exclude local causes of the pain. It is also known as Persistent Idiopathic Facial Pain.

What are the Symptoms of Trigeminal Neuropathic Pain

How is Trigeminal Neuropathic Pain Treated?

If trigeminal nerve involvement is suspected during oral surgery such as implant placement, the recommendation is to stop the procedure, prescribe potent anti-inflammatory agents and closely follow-up with the patient. If normal sensation does not return, micro-surgery may be indicated, preferably in the first six months after the injury.